Having a tie to Finland is such a wild story for us and we’re so grateful for it! Right around the time Ashlee and I started dating, I found out that I had an older brother I had never known about and he just happened to be raised and living in Finland. His name is Jani and we’ve had the pleasure of traveling with him, his sons, Juuso and Jesse, and his fiancé, Anu, for many years now.

Finland is a beautiful country that looks very much like the Pacific Northwest in the US. There are vast lakes, islands and pine tree forests.

Ash managed to teach herself a decent amount of conversational Finnish, which was far more than our previous vocabulary that consisted of ‘hyvää syntymäpäivää’, or ‘happy birthday!’ Many of Jani’s friends were impressed, as I don’t think it’s often that people who travel to Finland take much time to learn any of the language. And with her fair skin, she even had some locals thinking she was actually Finnish! 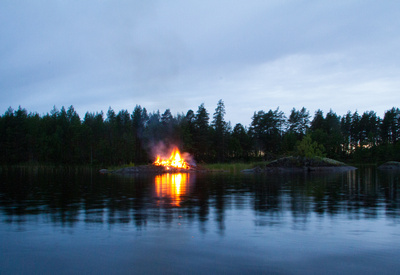 We loved spending our time on the boat and at Jani’s lake cabin that he built with some of his friends. We spent one fantastic Midsummer there one year and enjoyed the traditional holiday and lakeside bonfire where we cooked the first salmon that Ash ever actually enjoyed. Other activities included cruising the lakes, waterskiing and tubing, listening to music, and enjoying some quality family time.

Probably my favorite aspect of Finland was the sauna. I very much enjoyed the sense of community that goes with this where we would talk about all manner of topics. I’ve been in many saunas in the US, but none of them could ever compare to a Finnish sauna. First of all, it is much hotter by far: we had the sauna at about 70 degrees Celsius. Second, once we would get sufficiently hot, we would leave and walk down the stairs in the woods and jump into the cold lake, which was very refreshing. We would keep at this, going from the lake to the sauna and back again for around an hour.

Aside from our time at the lake, we stayed in Lappeenranta which is small city. We ate some street food that this area is known for; Veti ja Atomi, it is a bread filled with boiled egg, meat and sauces, a must try! There are some nice shops and museums downtown and a sandcastle park at the harbor with large, professionally crafted sand structures. 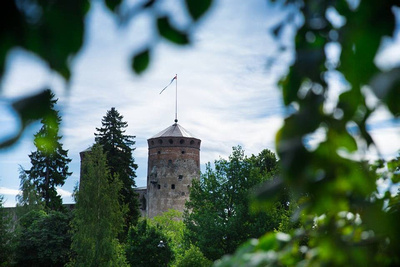 We did some sight-seeing to appreciate the Finnish culture: we saw the worlds largest wooden church in Kerimaki, Olavinlinna Castle in Savonlinna and the totally bizarre Veijo Rönkkönen Sculpture Park in Parikkala.

In Helsinki, we walked around the central portion of the city and shopped in the waterfront markets. However, our main reason for visiting Helsinki was to board a ferry to Estonia. Once landing in Tallinn, it is always our mission to get to Old Town and find some delicious food and get our fill of walking the streets enjoying the shopping and incredible architecture. Tallinn, in general, is a modern city like many others; however, Old Town is truly a piece of history with cobble stone streets and town squares filled with people and entertainment, including a medieval theme in many areas. 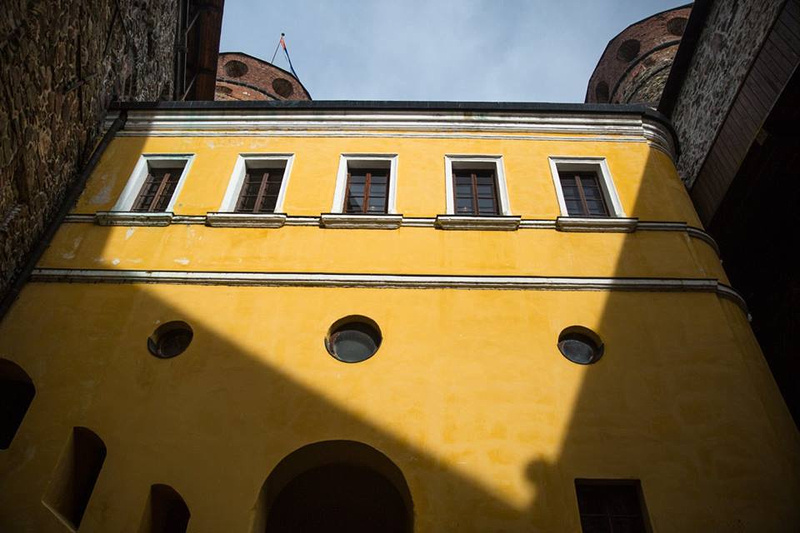