Matt; Into the Wild

Having been born and living in New York City and its suburbs and going away to college in Boston, I had very little camping experience. In fact, it was virtually non-existent. It’s not that the opportunity to get out of the City and into the wild was impossible in these places, but it just was not something I grew up with. The only camping I had ever done was in the backyard of my house in a tent a few times when I was still in grade school. When we would get hungry or thirsty or bored or miss any of the comforts of modern-day living, we would simply go inside the house. To place things even more in context, one morning my father, brother and I woke up in the tent to what sounded like a torrential downpour! Upon opening the zipper door to the tent, we discovered that the automatic timer had turned the sprinklers on. Not exactly anyone’s idea of roughing it!

So, when I graduated college at twenty one, I had never been camping. My father had been on several Outward Bound excursions and thought that I would enjoy it, so he decided to make it my graduation present. If you do not know what Outward Bound is, basically, it is a group that goes out into the wilderness and traverses an area while performing a number of different outdoor activities from hiking and kayaking to rock climbing and cross-country skiing. I chose an 8-day hiking and rock climbing excursion in the Pioneer Mountains in Montana, where we would hike over the Continental Divide and across the mountain range. Of course, we had a couple of group leaders who were well-trained in outdoorsmanship.

Our group of about 15 people began by meeting in Butte, Montana and taking a bus into the middle of nowhere. At this point, I was very nervous because, as I said, I had never done anything even close to this before. Once we were dropped off, we went through our supplies to make sure that everyone had everything they needed. Then, we loaded up our packs (about 50 pounds worth of food and supplies each) and went on our way. 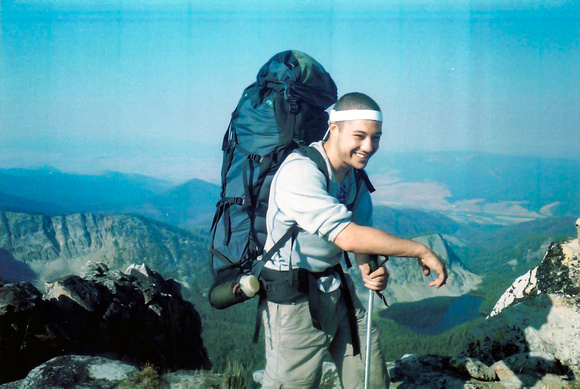 Matt at the Top with Full Gear-1

Initially, the trip was very difficult. I was not in the best shape and had trouble hiking many miles a day through rough terrain. On top of that, while we were still in the lowlands, the mosquitos were brutal! Also, the only water we had to drink was supplied by lakes and rivers, so we had to add iodine to the mix to kill any bacteria, which made the water taste horrible. Additionally, it was not easy to get used to sleeping in a sleeping bag on the rough ground with the temperatures dropping into the 30s at night. However, if anything, human beings are adaptable and it did not take long for me to not only get used to, but enjoy roughing it.

As we hiked further into the mountains, testing my abilities and preconceived notions of what I am capable of, I felt a growing sense of boldness and the ability to take on obstacles I never would have thought possible before. With all of the physical exertion and surrounding beauty, I felt peaceful and connected to nature. I felt both strength and humility. It was a time in my life that was defining in that it gave me a deep appreciation for the outdoors and provided me a period of clarity and profound reflection. It was as if, with every additional mile I hiked, the more truth was exposed.

At about 3 days in, we arrived at our rock climbing site. It was a cliff around 100 feet high in the woods. Being afraid of heights, I was not excited about this part so much, but I had hazarded out into the mountains in order to test myself. So I slipped on my harness and attached my carabiners. It turns out that I was actually pretty good at scaling that cliff. It scared the shit out of me at the time, but I did it. I was even able to successfully repel down the cliff, which was both terrifying and fun. 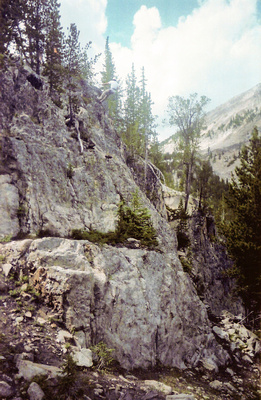 Making My Way Down-1

I remember at the end of one of our more difficult hiking days, we arrived at an alpine lake that was absolutely pristine. It was freezing, but the first opportunity we had to wash off in about 4 or 5 days. It was freezing and invigorating! I cannot begin to put into words the feeling of fresh mountain water on skin that has not been cleaned in so many days of physical exertion.

The following day was the most strenuous and best day of the entire excursion. From that alpine lake, we hiked up to the mountain peak, which was over 10 thousand feet and back down again to camp. As we were ascending the mountain over scree and rough terrain, it became obvious that a thunder storm was heading our way, although, still somewhat far off. Our hike leaders were considering turning back because of the possible danger, but we all were enthusiastic to continue on to the top. At this point, we were not far. Upon arriving at the peak, you could see the Continental Divide, as well as the surrounding mountains and valleys and our alpine lake where we had made camp. It was worth the effort, even though it was short-lived because the storm was rolling in. We headed back down as the rain started coming down. At the end of that day, we had hiked for over 12 hours. We earned our sleep that night!

On the second to last day, we had our solo. Our hike leaders placed us in various places in the woods where no one could see anyone else and we were to spend the next 24 hours there without a means of keeping time and in isolation, just our thoughts to keep us company. We were responsible for setting up our own tents and camp without any outside help. I never quite got the hang of the different knots, so my tent (really a tarp) was not great. However, this solitude at the end of our time in the mountains allowed me to reflect in a way that day-to-day life rarely offers. I thought about how empowered I felt in having overcome this challenge, but this was countered by the humility I felt in realizing how small and insignificant I was in this world. It was a comforting feeling because I felt a connection to this grand system that is far beyond any individual person.

The next morning, not having any idea what time it was, but being fairly certain that the 24 hours was almost over, I took my tarp down. That turned out to be a mistake because it began  hailing and I had no cover except my pack for what I would guess was around 2 or 3 hours. Half frozen, soaked and tired from a long adventure, I descended down the mountain and back to civilization. 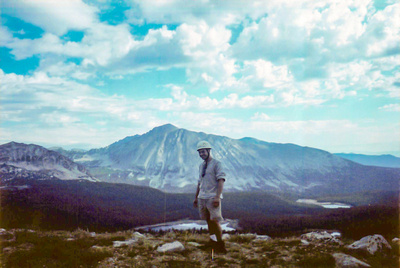 Matt on Peak with Continental Divide in Background-1

The lessons I learned from my Outward Bound excursion were some of the most profound and lasting I have had in my life: the importance of challenging yourself and the inevitable feeling of empowerment when overcoming that challenge through sheer force of will; the humility unavoidably felt by the utter vastness that is the wilderness compared with our miniscule selves and the contrasting feeling of experiencing our connection to this infinite wilderness; that fear is necessary but can easily become a barrier to living a full life. All of these lessons helped me grow as a person and were instrumental in giving me the faith in myself that has allowed me to leave the comfort of friends and family and everything I know to move to a new and unknown place and go out and experience the world. Every time I do this, I still feel the fear of uncertainty, but I also think of all the knowledge of both the world and myself that I will gain by forcing myself into the unknown.

You'll have to forgive the photos; I was using a disposable camera and had no idea at the time that I would eventually marry a professional photographer. 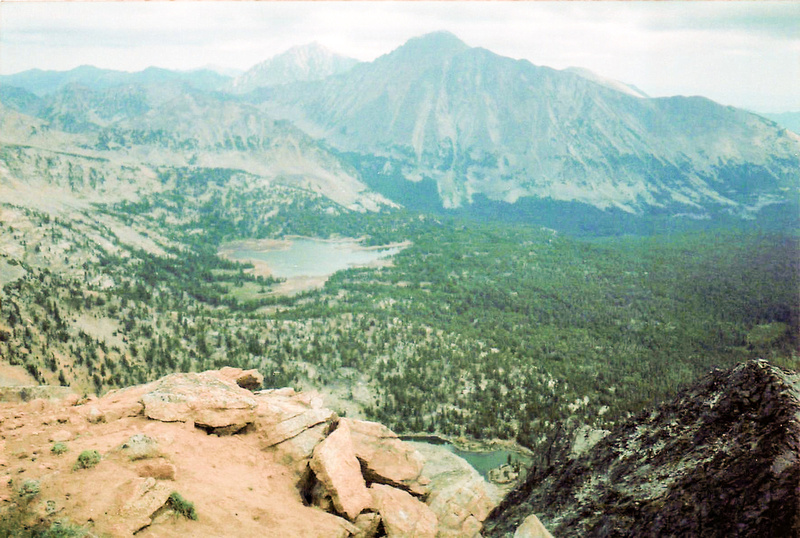