HONEY, I Love You To The MOON & Back!

We were married in June of 2013, right after Matt finished his first year of Law School. We had a trip back to Hawaii planned in August for a family reunion and another in Finland in 2014, so we decided we would save our Honeymoon until after Matt graduated. We considered many destinations but by the time graduation came around, we were once again facing a cross country move so we decided the honeymoon would be a road trip across North America!

It was a difficult goodbye to make to Matt's New York family, especially his twin sisters who were both 17 at the time. 'Pools of Sorrow and Waves of Joy' filled our hearts on the morning of our departure; we were so excited to begin our journey yet so sad to say farewell to our oh-so-special loved ones. After a tearful departure from their home on Long Island early in the morning on October 1st, we started our journey!

DAY 1 of our honeymoon adventure took us to upper New York via Woodstock and Albany. Just outside of Woodstock we had a chance to visit Matt's wonderful uncle Richard and his lovely wife, Marta at their home. I must admit that Woodstock was a but of a disappointment. It was mostly overpriced tye dye T-shirts and reeked of patchouli, but we did meet one or two interesting locals, picked up a souvenir and some postcards and went on our way, eager to get to our next stop; our sister Nelly, a new Freshman at SUNY Albany.

DAY 2 was dedicated to exploring Albany and hanging out with all the cool college kids. Though there isn't much to Albany we did enjoy the Capitol Building. The 'Million Dollar Staircase' was extremely impressive. 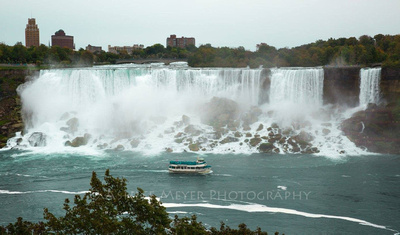 DAY 3: Finally heading west; the adventure has truly begun now! We left early this morning to get to Watkins Glen State Park. There were waterfalls around every corner! Then onward to Niagara Falls. It was an incredibly wet day but we visited both sides of the fall. Just like everyone before me, I will admit that the view from the Canadian side is much nicer.

DAY 4 We woke up in Ontario and headed back for the US border, Detroit bound. Unfortunately Hitsville U.S.A. (Home of Motown) was closed and so was the exit so we couldn't even drive by. We kept moving towards Newark, Ohio. Why Ohio, you say? Because of the world's largest picnic basket and headquarters of the Longaberger Basket Company and our first day of nice weather. It was also about 300 miles out of the way and after the picnic we somehow harbored a bee that later stung me while in the car. And the one thing we wanted to see in Indianapolis was also closed. So Day 4 was a wash and we turned north earlier than expected.

I was so looking forward to DAY 5 of our adventure; Goshen! The home of my great aunt Clara and uncle Mel. I have never seen so many Amish people and buggies in my life! We even went to an Amish store where we bought some homemade pickled okra.

We sacrificed quite a bit of time in Chicago for this extended visit but it was well worth it. And we still managed enough time to visit Pequod's for some genuine Chicago Deep Dish! And I'm not afraid to admit it... they've got you beat NY. Yep; I said it!

On DAY 6 we decided that due to day 4's disaster of roaming around the country to see somewhat cheesy things that I would trade Green Bay's UFO Landing Port (an auto parts store with a pile of scrapmetal on top) and Minneapolis' Sculpture garden for Colorado's Loveland pass. Unfortunately that meant driving through Iowa and Nebraska, which was lovely in its own way but all looked the same. 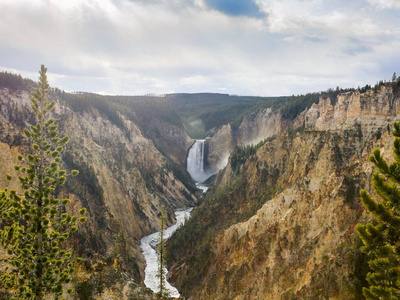 After a long day of driving and a nightmare of a time finding a hotel in the rain, DAY 7 found us waking up in Denver to a beautiful sunrise.  We headed southwest to Loveland Pass and drove all the way to the summit. It was a little terrifying on the way up but the view was worth it! Afterwards we discovered a cafe in Dillion that was right on the lake and enjoyed the fresh air during breakfast; aka the best Denver omelette ever! A short walk along the shore and mesmerizing views of the mountains.

DAY 8 we visited Grand Teton National Park. We went to a few spots but of course for me, the most important was Snake River Overlook; viewpoint of that famous Ansel Adams photograph. Unfortunately, like the majority of our trip, the weather was not on our side. The clouds really started to roll in and the lighting on the mountains was less than perfect. So I used my 10stop Neutral Density filter to create some motion in the clouds. 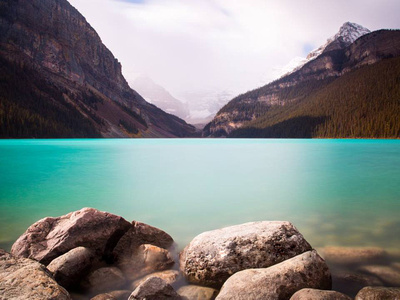 Wanting to beat the rain, we quickly made our way to Yellowstone. Just minutes after entering the park we saw Lewis Falls.  And of course, we had to visit Old Faithful. Once again, in tow with my new favorite toy; the ND filter. And lastly, before we had to head out we stopped by Lower Falls via Artist Point. This was the highlight of our day. Other than the adrenaline high of having a herd of bison walk past our car, just a few feet from us!

DAY 9 we cruised through Montana as fast as we could and made it nearly to Calgary. Tomorrow we will only have about a 2 hour drive to Lake Louise. This by far has been the best part of the trip but the next few days will certainly give it a run for its money!

Days 10-12 were spent at Lake Louise in Alberta! I will say that this was the most relaxing part of our trip; a grand hotel (with a surprise free room upgrade!), walks around the lake, fabulous food and drinks and a Swedish massage. It was a great way to wrap up to our trip as we followed it by a few weeks visiting family in Spokane and then heading into Seattle.

As our last road trip for awhile, we certainly made the most out of it! 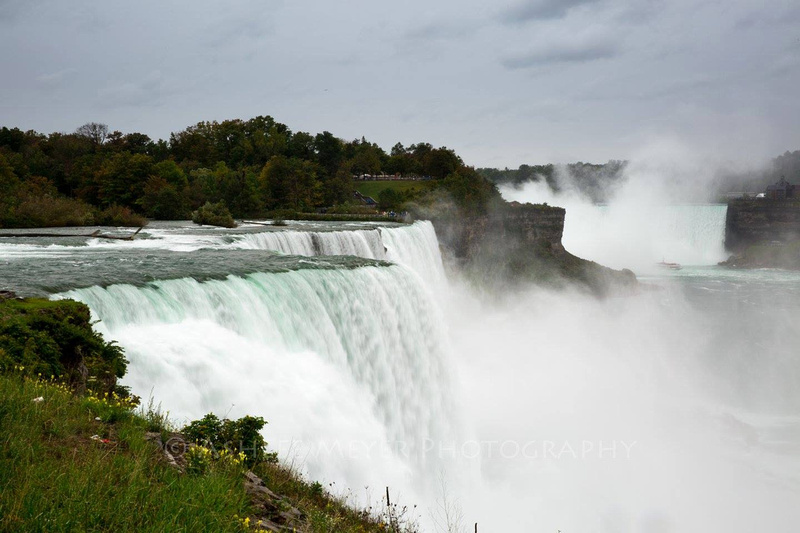