Having grown up in Spokane, Washington with little means to do so, we rarely traveled. Aside from visiting lakes in Idaho every Summer, our big trip out to Seaside, Oregon and Seattle when I was in second grade, the only other place I had been was San Diego for a few days with my mom and little brother. So moving to California for college was a huge adventure for me in and of itself. 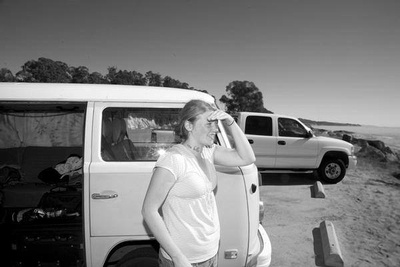 When 2007 began, I was in my second year in photography school and I had made it my resolution to buy a vintage Volkswagen bus. I found one for sale in mid January and scrimped and saved (forgoing eating out or buying the random shit college students buy with their student loans) and on April 11th, the title was signed over to me. It needed a new muffler and I needed to learn how to drive it but neither took long.

During my Travel Photography course, one of my assignment was to visit a new place for a week and document my experiences. I chose to explore the Rosebud Reservation for the Lakota Sioux Tribe in South Dakota as this was the tribe my paternal grandmother belonged to and I thought it would make an interesting collection of images. Also, I was always curious to learn more about my measly amount of Native heritage.

I decided I would take a road-trip in my brand new 1974 bus. My mechanic highly advised against it but, having just turned twenty, I didn’t listen. We’re all invincible at twenty, right? A couple of my friends came along to make sure I didn’t die and I will always appreciate them for that!

The trip started out uneventful enough taking turns cruising through California, stopping for a meal in Vegas, probably spending the night somewhere in Utah. It was so uneventful its all really a blur. But the story picks up in Alcova, Wyoming. It was just past 9 pm in the middle of nowhere when we heard a loud clunk come from the back of the bus… you know, where the engine is in those old VW’s. The bus died and we coasted down as much of the hill as we could. I pulled off in a closed Sinclair gas station where we called AAA. It took awhile for them to show up but eventually we were towed to the next town with an auto mechanic: Casper, Wyoming. 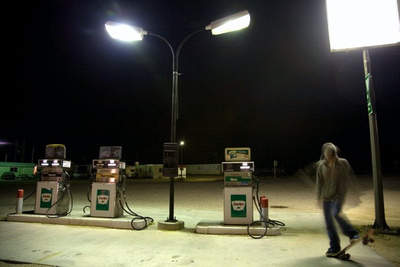 We dropped off the bus, headed to a hotel. So the three of us walked back in the morning and waited for the mechanic’s diagnosis. It was lucky for us there was actually a Volkswagen repair shop in town and the lot was full of classic, though rusted, beetles, vans and other VW classics. Unfortunately, it wasn’t good news. They said it appeared a bolt had come loose, fallen into the engine and seized it up. Not an uncommon problem for vehicles over 30 years old I was told. But it was toast! There was no repairing it. I needed a new engine and they didn’t have it. We were stuck. In Wyoming.

It was only the third day of our 10-day trip and my options were to document Casper, not exactly a travel destination, or rent a car. We opted for the latter. Only, none of us were old enough to rent a car, so we had to settle for a U Haul. Here we were, three just-barely 20-year-olds with a 10 foot, 2-seater U Haul, a few backpacks and some miscellaneous junk.

We wrapped up the day of renting and learning to drive our new mode of transportation. Thankfully, we were able to leave the bus behind for a few days and would pick it back up on the way home. Walking from our hotel to get dinner, we stumbled across a bar/liquor store/drive-through liquor store (because apparently that’s a thing in Wyoming). While my friend, Bert, and I stayed outside and peered in windows, Dan, the only 21-year-old among us, went in for a 6-pack. He came out a few minutes later with what would be one of the most interesting people I have ever met.

It was an older, hispanic man (to us, older meant probably mid 40’s). He was beyond wasted, falling over, barely-able-to-walk wasted, but elated! He was child-like in his enthusiasm for every thing he saw. He was staying in the same hotel as us and so we all walked together. He was grabbing balloons from car dealerships and roaring about how much he loved life! He explained to us that he had just been released from a 23-year prison sentence for a crime he was involved in that ended the life of a police officer. We didn’t ask for too many details. When we got back to the hotel, he came to our room but I had to kick him out when he wanted to smoke cigarettes inside, so he invited us to his smoking room. Only, not all of us were invited. He was sharing the room with his brother and his Native American sister-in-law and explained that my white skin would not be welcome there, so only my Filipino and Mexican friends joined him.

When they came back I was disappointed to learn that they were very discouraged from continuing our trip to the Rosebud Reservation. I had done my research and called the tourism office for the area ahead of time and was assured that visiting would not be a problem. But this was a very poor reservation; most families did not have power or running water and the average annual income was less than $3,000.00. Bert and Dan explained that we would most likely be met with anger and violence and we should not continue.

We decided to take their advice. We were determined to make the most of our adventure in South Dakota without the reservation and time was running out. I had an assignment to shoot. We set our sights for Mount Rushmore.

Not long after we entered South Dakota, we saw a herd of wild Buffalo and wanted to stop to take a few photographs of them. I had just bought my first digital camera and all the fixings with various lenses, filters, you name it! So, I unpacked my gear and Bert and I took the walk about 3/4 of a mile from the road. We were still about 1/2 mile from the buffalos, so I set up my tripod and camera with telephoto lens. Why a tripod you ask? Because I was young and stupid and determined to use all the new gear at once. Afterward, I was pleased with the photos and ready to head back when Bert asked if he could take a few shots. I agreed and quickly regretted it. He picked up the tripod and started heading closer and closer to the herd. There were babies there and some of the mothers were getting visibly anxious and starting to stand up. All I could think about was the story my instructor, Ralph Clevenger, had told me when we discussed my trip: he warned me about wild buffalo and compared them to the size of Volkswagen buses but twice as fast. After a few minutes of terror and me pleading with Bert to turn back, the mothers realized we were harmless and sat back down. I would live to see another day. I breathed a sigh of relief as we approached the U Haul only to nearly step on a rattlesnake hidden behind a rock. It was a stressful morning to say the least.

Moving on, we photographed Keystone, South Dakota, drove through a wildlife park where we were able to see all types of animals, including much more docile bison, stopped the surprisingly small Mount Rushmore and unfinished Crazy Horse Monument, dined next to men making million dollar oil deals, walked quiet Main Streets in “nowhere” towns, drew unwanted attention from men living in trailers while we photographed their overgrown junkyards and, in general, had a decent time despite everything that had happened. 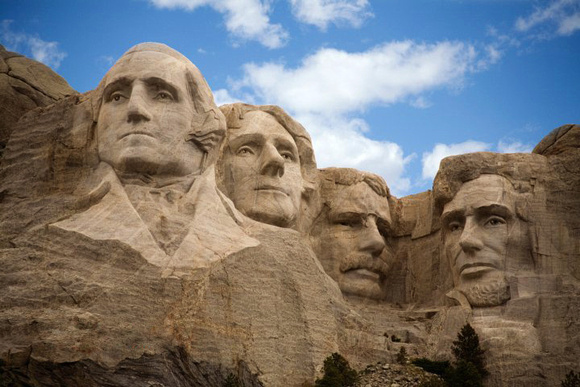 The drive home was far more memorable than the previous cross-country journey as we were now hauling my bus on the back of our already-giant vehicle. On the trip home, we were forced to stay in flea bag motels and had little to eat as we had already spent nearly all of the loans we  were able to beg off of family just to make it home. Utah was the worst, with it’s narrow and winding parking lots and the people who made it very clear my companions’ brown skin was unwanted. We were rejected over and over again from motels that clearly had plenty of vacancy.

I don’t think any of us had ever been so happy to arrive in Ventura, California either before or since. It took months for me to get a new engine and it wasn’t the last I put in that bus before our 4-year relationship ended.

It wasn’t a relaxing or luxurious vacation but it was just enough gritty, real-life experience to make me fall in love with traveling and seeing new places, whether I liked them or not. We are all shaped by our experiences and this one left a lasting impression that I will never forget. 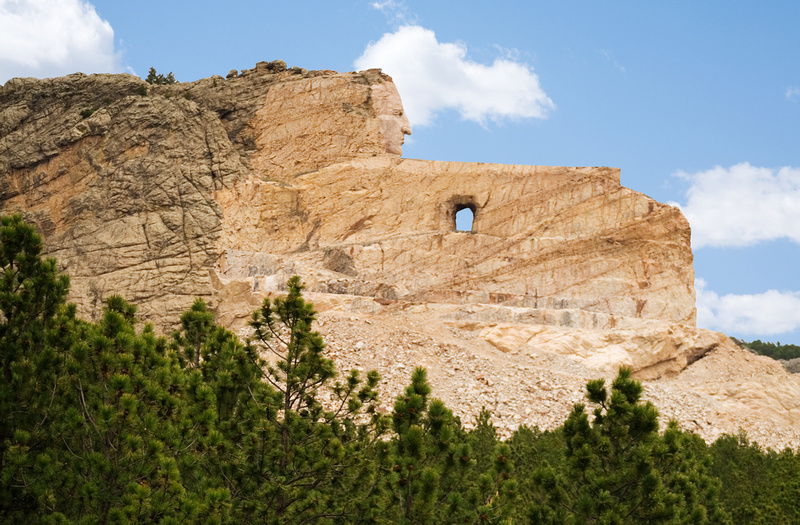